Either You are Devious, or Stupid! 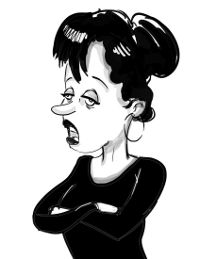 Someone pointed your here because you tried to use the ‘False Dilemma’ fallacy to win an argument.

Whether you tried this knowingly, or in ignorance, it is safe to say that the argument is already lost.

Sadly, even if your original point had some validity, you have blown it by your poor debating skills.

Clearly, you are either devious or stupid – which is it?

Did you see what we did there?

Here is the explanation, just in case you didn’t :

The ‘false dilemma’ fallacy occurs when somebody tries to claim, incorrectly, that there only two alternatives, and that they are mutually exclusive. It is often used deliberately in an attempt to restrict the opponents debating options and prevent them from attacking the obvious flaws in the user’s argument.

Just in case you fall into the ‘stupid’ camp, and are struggling with the concept, here is an example of the fallacy which may help:

Can you see why that is wrong now?

Of course you can, it is clear that there is a high probability that you are both devious AND stupid…. and, they may even be an outside chance that you are neither, (just joking, of course there isn’t).

Whatever your motivation in using this approach, it hasn’t worked – you have been busted and your ignorance is now on display for all to see.

… ah right, of course there is a third option, ‘ignorance‘…… so… lets make it a ‘trilemma’…

Devious, Stupid or Ignorant… which is it?